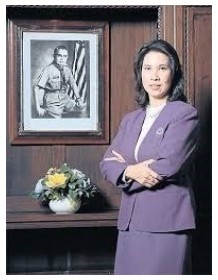 With over 90 years of incredible history that includes educating six former Prime Ministers and over 70,000 Alumni, ANS has undergone dramatic transformations through the years.

Established on the 24th May 1926, Amnuay Silpa School was founded by the grandfather of the current CEO, Khun Petchuda. Initially offering tutorial programmes, by 1933 the school expanded to provide daytime classes with a capacity of 717 students.

By the late 1940’s, with an expanded roll of 2000 students, ANS was in need of new premises. The Principal, Mr Chitra Dansuptra was successful in establishing the school on its current site on Sri Ayudhaya Road.  The foundation stone was laid on 9th October 1951 and in 1952 the school opened with a roll of 2415 students.

In 1960 Mr Chitra Dansuputra set up the school as an educational trust called the Amnuay Silpa Foundation which assumed responsibility for the running of the school. The number of pupils on roll expanded to over 7000 students where classes were arranged in shifts.

By 1973 Amnuay Silpa had received its third consecutive award for outstanding academic achievement from His Majesty the King. in 1985 ANS became a co-education school and opened its kindergarten in 1989.  In 1985 Mrs Petchuda Kesprayura became responsible for developing the 10-year Master Plan which would respond to the changing needs of parents, society and the country and help to raise the standard of Thai Education. 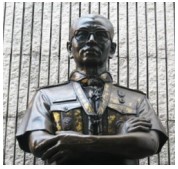 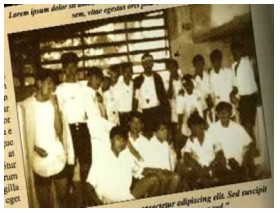 In collaboration with the Bell Educational Trust, England, ANS opened the Amnuay Silpa-Bell English Centre (ASBEC) in November 1997. HRH Princess Soamsawali was the guest of honour.  This project led to improvements in classrooms, the library and canteen as well as the purchasing of improved teaching resources.  Professional Development opportunities were expanded in order to raise the standard of teaching and learning and help to move from the traditional teacher-centred approach to a more child-centred education philosophy.

In 2004 ANS introduced the Synchronised Dual Teaching Model in the primary years together with the full implementation of the blended Thai-UK curriculum in 2006. This bilingual model required Thai teachers as well as  qualified teachers from overseas, both having expertise in child-centred education.

In 2006 a new Secondary building was added and improvements to the facilities continued. Three years later, ANS was appointed as a Cambridge International Examinations Centre; the first bilingual school in Thailand to be awarded this status.

Over the decades, ANS has continued to transform its approach according to the changing needs of society.  In 2009 the school launched the Thinking School Approach in collaboration with King’s School, New Zealand.  The emphasis was on moving away from a content-based, factual curriculum geared towards the passing of examinations, to a more transferable skills-based curriculum.  Lessons were designed to maximise higher-order thinking opportunities enabling students to better understand the thinking process and to develop greater independence.  Extensive teacher training took place over the years that followed to enable a very consistent, embedded programme to be implemented from Nursery to Year 13.

In 2013 ANS was accredited by Exeter University as the first and only Thinking School in Asia and in 2017 the school was awarded Advanced Status by the Department of Cognitive Education at Exeter University.